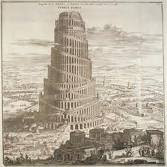 I’ve been working a lot with a long time client, Elekta Ltd, recently on a large scale Component Content Management project. Elekta is in the Medical Devices industry and takes quality and content quite seriously. Terminology, language consistency and reuse have been high on the agenda.

What has been very interesting is how much more we are discussing the interrelation between these two than usual when I’m working on a CCMS / XML / DITA implementation. Most CMS project teams talk extensively about reuse, but few delve into the (pre)work that’s really required to make your content reuseable before you actually get any software installed.

Elekta is a small-to-medium sized company but it’s been a pleasure to see how much they think in a Fortune 500 way. Early on it was identified: If we’re going to modularise all our content and reuse across teams, documents, and deliverables, then writing in a consistent way and furthermore, getting solid control of our terminology is going to be a big factor! Seems obvious, but so few organisations take terminology harmonisation into account in their global information management strategy.

That is, if you reuse a topic that uses terms like ‘Lever’ and ‘Knob’ into a document with other topics that use equivalents like ‘Handle’ and ‘Dial’ then you’re going to have readability and quality issues. Then what happens when these inconsistent topics hit the poor translator/translation memory? The problem will get worse as they try to find equivalents to the equivalents in dozens of other languages.

It’s like a broken telephone, the more steps you have in between your user and a single source of truth, the more chance your message will get distorted along the way.

I recently presented a webinar where I told a personal story where I myself was lead astray by poor terminology management. In a single interface screen, a piece of Online Presentation software used both ‘Speaker’ and ‘Presenter’ to mean, ‘the one who presents. I of course assumed that two different words used in the UI side-by-side would mean two different things, so I understood ‘Presenter’ as intended, but thought that ‘Speaker’ was referring to my computer audio speaker configuration settings. As a result, I managed to switch the software from ‘multiple Speakers’ (which I took to mean stereo or multi-channel sound) to ‘one speaker’ (i.e., mono). As a result, I locked all the other presenters out of the audio stream! Not nice…

Reuse vs. STE, Simplified English, and other Terminology Tools

Long before we started the CMS project, Elekta decided to get this terminology and language thing sussed. Elekta was again quite forward thinking as unfortunately Simplified English and Simplified English Tools are little known outside Aerospace and Defence and Government circles. So they have adopted an internal flavour of Simplified Technical English (SE, or STE, training available from guess who) and started checking their source language not just against foreign language translation memories, but against itself and a term-bank of approved single-definition non-ambiguous terminology.

That way they not only save costs (STE texts are some 20-30% shorter than the originals on average), but make sure that the content is:

And the tower of misunderstanding comes tumbling down!

Here’s one consultant seeing we’re going to see good expansion of Simplified English (or Simplified German, Spanish or whatever, there’s dictionaries out there already for loads of languages) outside of Gov and A&D as DITA and reuse continue their epic increase in popularity.